U.S. FBI Supervisory Special Agent Gregory J. Rahoi, 38, of Brookfield, Wisconsin, assigned to the Hostage Rescue Team, based in Quantico, Virginia, was killed on December 6, 2006, during a live-fire tactical training exercise at Fort A.P. Hill, near Bowling Green, Virginia. He is survived by his parents, Natalie and Richard, sister Teri, and fiancee Paula Paulk. 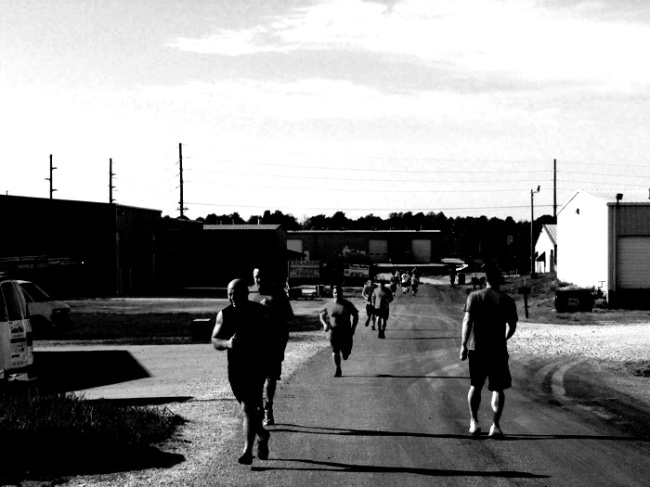 Its time for another Crossfit Nixa potluck!! Jared and Nici Flinn are going to be hosting a little CFNX get-together at there house on May 5th, starting around 4 PM. We would like to get a rough head count of who all is planning on going and seeing who would like to bring what. This could be a fun gather of our CrossFit family and we are encouraging everyone to attend (because we miss you guys when we don’t see you.)

We will post more info as it gets closer.

Strength
Work up to heavy jerk for the day, then 3×1 at 80% of that
Weighted Push ups 3 sets 8-12 reps, work up to highest weight possible 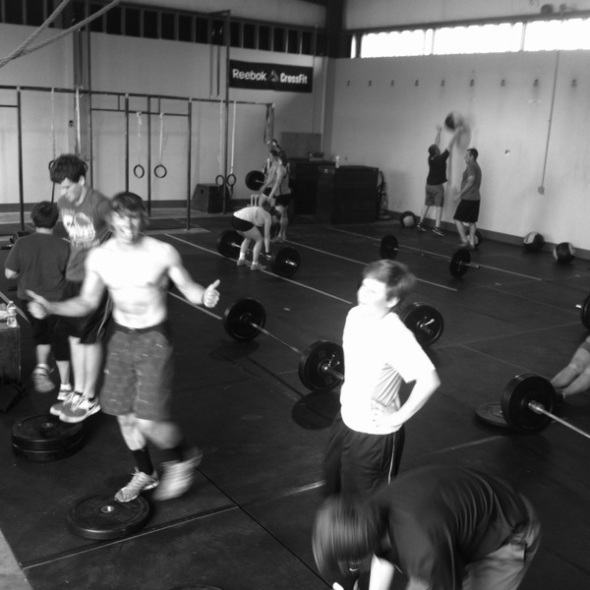 “Grannie (Grace+Annie) Has the Runs”

Scale Double Unders with lateral jumps over the bar

Alright Nixa Nation, we are trying to get a head count of who all is going to be going to the CrossFit regionals competition in Chicago May 31-June 2. Because many hotels have already been booked, we are trying to rent a house and carpool up to regionals. To do this, it would be helpful to get a final count on everyone, and see who would be willing to drive. To keep up to date with all that is going on with the regional trip, please click on the link and join the group. 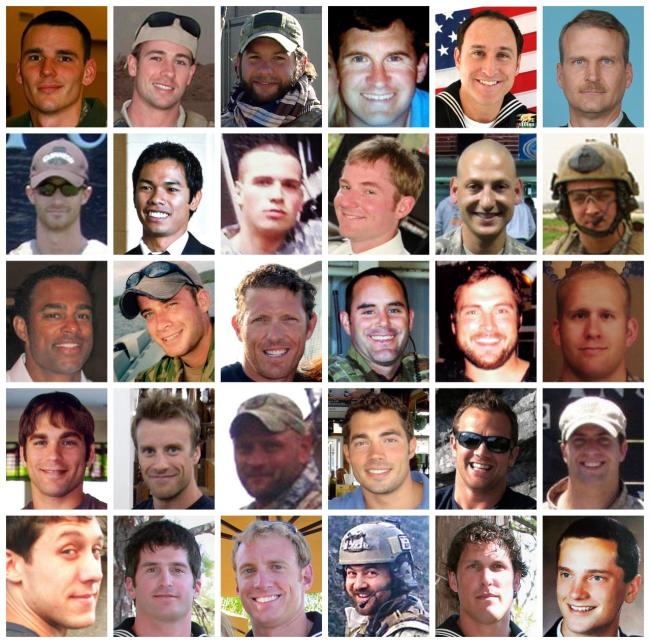 This is a Partner WOD – Partner #1 will perform the work listed above.

Once Partner #2 returns from the run, Partner #1 will grab the sandbag and begin their 400m, while Partner #2 continues work wherever #1 left off.

Score is your total # of reps

On August 6th, 2011, 31 of America’s bravest warriors gave their lives in defense of our freedom. These men were sons, brothers, husbands, fathers, and friends. Not only do we thank them for their service and sacrifice, but we thank those that love them for the sacrifice they have made as well.

The 31 Americans were not the only ones that died as heroes that day. We cannot forget the sacrifice of our Afghan comrades. Seven Afghan commandos and one Afghan interpreter were also killed in action and we cannot look past their sacrifice. They too are heroes and we thank them and honor them and their families.

Strength
This is the final day of our max out portion of this strength cycle.  Take this opportunity to find the max of any lift you have missed over the last two weeks.  The working portion of our strength cycle will begin next Monday.  Be excited.